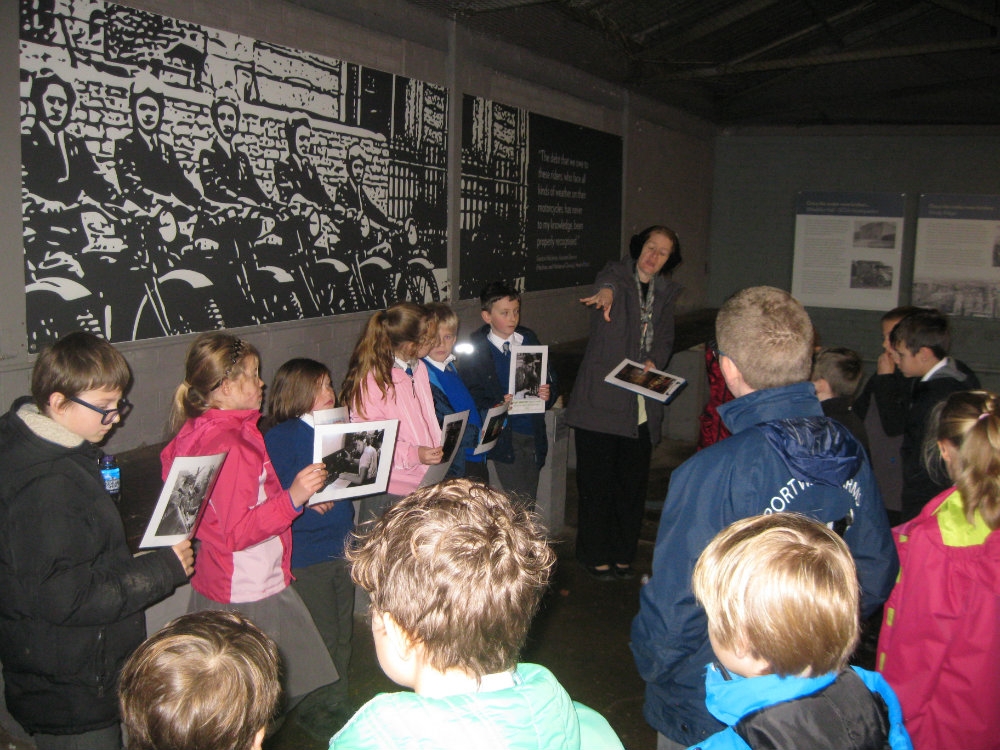 Here are a few journal entries written by pupils after the visit, imagining they were employees of Bletchley Park back in 1941.

Another day at work. Checking people’s bags again! I don’t know why I can be bothered as no-one ever brings in any weapons or takes out any files. There have been no spies yet. Although secrecy is most important here – if anyone finds out we’re here then Bletchley Park will be no more. If the Germans know we’re cracking their codes they would change it to something even more complicated. Of course I don’t know how they begin to decipher the codes but they will have to start again.

There are 20 new recruits today; it’s even more busy than yesterday. There are 10,000 people working here now so hopefully the codes will be cracked quicker. The sense of emergency is increasing every day.

I must go now I will write again soon.

Today at work, I got a new job! (Yay!) I am now an information disparcher. At first I thought it was a safe job – turns out it’s very dangerous! You could: fall off your bike at speed, get shot for the information and many more dangers. To try and avoid thee dangers we always use different routes to make sure we won’t get tracked or if someone sets up a spike roll or something like that. Because the information is so important, we need to get to our destination very quickly, we will run out of fuel very quickly. As least we know we can stop any vehicle an the person driving HAS to say: “Yes” and give us their fuel. I really like km new job. This is Kim signing off.

I have received a newspaper and on it says “If you complete this crossword in under 15 mins ring this number!” So I had a go at the crossword and I managed to do it in 10 mins, then I picked up the phone to ring the number. After that, they told me to come to Bletchley Park.

Today I am going to Bletchley Park but I have no idea where it is. Finally I get to the place and there are two guards to check your bags; they want to check if we had any german things or wepons to kill anyone. When I got through the gates I had to walk into the mansion, then I had to sit down and sign the contract that ment I couldn’t tell anyone what I was doing or what hut I was in , mostly I couldn’t tell anyone anything about Bletchley. As I signed The Official Secrets Act 1911 Contract, the man behind the desk pulled something out of his drawer and then he put it onto the contract……It was a gun! It showed how important Bletchley Park is.

Today I’m starting my new job as a code breaker. The tones are dots and dashes that were going so fast I could hardly hear them. I worked in hut eight. The first code I cracked was: We will bomb the whole of Poland. I went strait to the person who was in charge so that was it.

I’m sorry I must leave now but good bye for now.