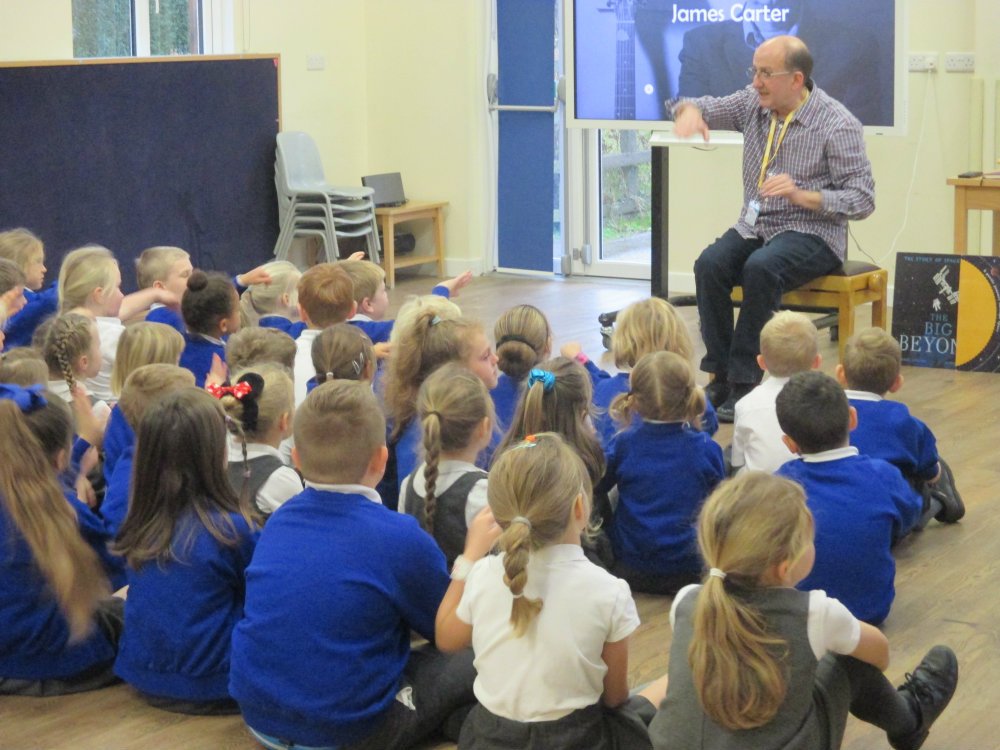 On Thursday 15th November, the children were treated to a visit from the post James Carter. Laughter was echoing round the school as he visited the classrooms to entertain the children with his jokes and amusing poetry.

James Carter visited us at Twyford and he was the most hilarious poet I have ever met. He named his mini piano ‘Little Steve’ and his guitar ‘Kevin’. We wrote poems about impossible gifts. An impossible gift is so brilliant you can’t get them in reality.

I would give you:
A scorching flame from the blazing sun.

I would give you:
A grain of sand from the deepest darkest depths of the pacific ocean.